Security is not a Christmas gift

The week before Christmas
It’s one of those days where everyone is online looking for a present. Busy times where companies are finalizing their end year activities, kids are nagging to get big presents and family is expecting an exceptional wonderful Christmas dinner.
Suddenly a stranger enters the office. A big smile on his face. "Hoo Hoo Hoo" he shouts. And the warm smile spreads around the office. Who would have thought of this small attention from HR. A warm welcome and guess what ! Everyone receives a USB stick in the shape of a Christmas tree. And a voucher. 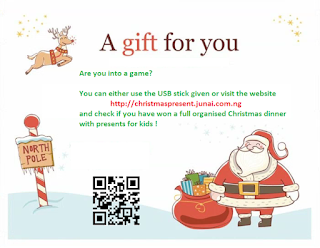 That would be the solution. Let’s try this game. If I win then my Christmas problems are solved. As the company does not allow USB stick to be inserted due to security reasons and I shall go on internet and surf to the website presented.
And guess what. After answering some easy questions about the company… WE WON ! The only thing I now have to do is to send an email to Santa with my personal details like: Name, address, phone number and Identity card number in order to validate at delivery.
I feel completely relaxed. Santa was even so nice to respond back to my email with a Word document that I had to print out as prove to be given to the catering company.


Christmas evening...
The document that Santa returned by mail stated that the catering company would arrive at 14:00. However no sign yet. There is a phone number listed but it’s a payable number. Let’s give it a try and see if I can reach someone? The line is bad and there is a person on the line who does not speak English pretty well. However he assures me that everything will be fine.
Hours fly by, kids are getting nervous, family is arriving, but no food, no presents, no catering…. Christmas is becoming a disaster ! Our only solution to save the evening was to call a take-away and give money as a present to the kids. I will make my complains to HR !


But is this the only disaster?
In the meantime, the helpdesk was called by some people, claiming that their dial-in account was not working. They authenticated themselves by giving their name, address, phone number and even identity card numbers, telling which department they are working and who their colleagues were. All these calls were positively handled and people could start working again. Christmas day seemed to be a busy day on the mail servers and internet gateways. But it did not ring any bell.


What really happened ?
A well organised group of hackers, made a funny visit to the victims office. They dressed up as Santa and spread some USB sticks containing a Trojan horse (plan A). And they promoted their malicious website (plan B) on the voucher.
People had to answer some questions which would in the end detail the organisation and some inside knowledge of the company. The Word document (plan C) that was returned also contained some malicious payload. Everyone that had used 1 of those 3 methods was infected and on Christmas day a worm started spreading. Encrypting data and sending files to a collection server hosted somewhere on internet. Thanks to the info provided by the email, Identity theft could take place to validate the hacker to the helpdesk. That way a password reset was performed and the helpdesk was so kind to allow the hacker to enter the companies network.


So next time when Santa arrives in the office, better be vigilant.
Look him straight in the eyes and dare to question his goodness. 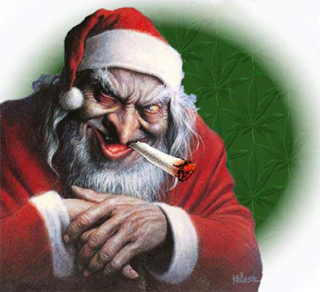 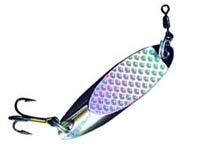 During a calm and rainy day at work, I suddenly get a security request to explain why a certain server is making http calls to the outside. As the environment is pretty complex and many teams are hosting their applications, it is somehow fustrating to not find back the answer within 5 minutes.
All documentation available in regards the developed apps, were not mentioning the networkflow which was questioned. Nor did the command "netstat -an" show any result.

So I did a simple check of each PID to see if the command "pfiles PID" would reveil the wanted traffic. But again nothing to find. The process must have triggered very fast and died very fast before I could catch this fish.

Time to start fishing. A small script, using the command "lsof -i4" would run in a loop, constantly checking if my traffic is present. And if it does, then ptree will capture the process info.

And guess what happened, I caught the fish:

This info was for me enough to escalate to the development team, so that they could take the action needed.

Time again to fetch some coffee and to start a new quest. :-) 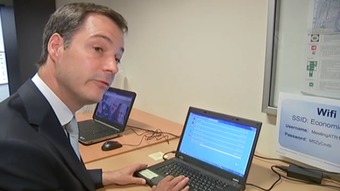 Alexander Decroo must be a fan of next moto: "Let's be open to the public".

Even when it's about WiFi networks used at the Belgium government. ;-)

The image taken comes from a newsflash on the Belgian newschannel. So it's been distributed worldwide already. I hope the IT manager is already changing those passwords as we speak.
Gepost door Admin op 10:40 Geen opmerkingen:

Most probably it was not meant to be. But it did happen. When talking on the phone on a train, always remember that others are listening to what you say.
I guess that this slipped the mind of former NSA director, Michael Hayden, when he was giving off-record interviews and bashing the NSA admins.

Belgium Defense leak to be questioned and answered at full speed thanks to Snowden and the NSA incidents?

Do we all remember the dataleak on the Belgian Defense website early this year?

Seems that 6 months after this incident, some politician, Bert Anciaux, started to think about it. And it took more than 1 month before he got an answer from Pieter Decrem. It surprises me that an incident that was handled 6 months ago, could not be answered in a shorter timeframe.

The investigation and conclusions should have been documented and more easy to be consulted by the government. Or did our politicians get their answer from NSA?

Usability vs. Security: The Everlasting Trade-Off in the Context of Apple iOS Mobile Hotspots


To automate the process of word list generation, we built the iOS app Hotspot Cracker. This app assists in generating an iOS hotspot cracking word list, which might be used in subsequent attacks on other hotspot users. The app also gives explanations and hints on how to crack a captured WPA handshake using well-known password crackers. Future releases might also automate the process of capturing and cracking hotspot passwords. As computing power on smart devices is limited, one solution is to involve online password cracking services like CloudCracker, to crack hotspot passwords on-the-fly.

As the mobile hotspot feature is probably most often used while being on travel, on conferences, or hotel stays, an attacker will only have a limited amount of time to succeed in breaking into a mobile hotspot. Therefore, a very limited cracking time frame is the main requirement for such an attack to be practically relevant. Taking our optimizations into consideration, we are now able to show that it is possible for an attacker to reveal a default password of an arbitrary iOS hotspot user within seconds. For that to happen, an attacker only needs to capture a WPA2 authentication handshake and to crack the pre-shared key using our optimized dictionary.

As it is always a good advice to replace initial default passwords by user-defined strong and secure passwords, this becomes particular relevant on mobile hotspots passwords. Therefore, users of mobile hotspots, especially of iOS-based mobile hotspots, are advised to change their passwords. In addition, some mobile platforms (like Apple iOS) display the number of connected clients on the lock screen. Therefore, it is a good advice to periodically check that screen for any conspicuous activity. Finally, hotspot capabilities of smart devices should be switched off every time when they are no longer needed, to keep the overall attack surface as minimal as possible.

Vendors of mobile hotspot solutions should improve their way of generating initial default passwords. System-generated passwords should be reasonably long and should use a reasonably large character set. Consequently, hotspot passwords should be composed of completely random sequences of letters, numbers and special characters. It can be neglected that increased randomness could have a negative impact on the memorability of the passwords. Particularly, in the context of mobile hotspots there is no need to create easily memorizable passwords. After a device has been paired once by typing out the displayed hotspot password, the entered credentials are usually cached within the associating device and are re-used within subsequent connections.

Summing up, the results of our analysis have shown that the mobile hotspot feature of smart devices increases the attack surface in several ways. As the default password of an arbitrary iOS hotspot user can be revealed within seconds, attacks on mobile hotspots might have been underestimated in the past and might be an attractive target in the future.
Gepost door Admin op 10:13 Geen opmerkingen: